Yesterday, I read an interesting article on subspacecommunique.com in which its author re-evaluated long-held opinions about the oft-maligned television series Star Trek Voyager, Andromeda, and Farscape. It didn’t much change my opinion of any of those three shows for better or for worse, but this sentence got me thinking:

This holiday season and on through til the End of Times, we’re giving each of you the opportunity to ignore a petty prejudice and embrace something new. 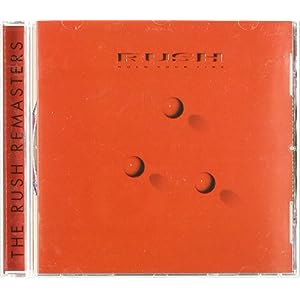 The first of these records was released the year I graduated from high school, and the last was released when I was a twentysomething wage slave. None of them particularly resonated with my tastes at those times, and I dismissed them as “weak,” “uninspired,” “bland,” or simply not up to the standards I had come to expect of Rush. Between the latter two albums had been Counterparts (1994), which I’d loved. I couldn’t really explain at the time why I’d been so disappointed by Test for Echo. I’m not sure what I had been hoping for from a new Rush album.

Now a startling confession for a Rush fan to make: I had disliked Presto and Test for Echo so much when they were initially released that I didn’t buy them, in any format. I had bought Hold Your Fire on tape cassette (in the days before I had access to a CD player), and I guess my disappointment with that album soured me on treating new Rush albums as “instant, no-questions-asked” purchases. In recent years, even as I repurchased most of my other Rush titles on CD, I omitted Hold Your Fire from my list. 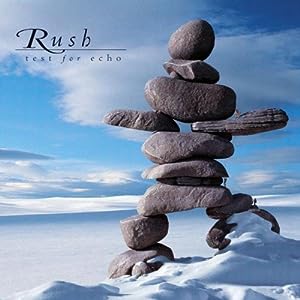 Over the last year or so, I’ve found myself on a bit of a mission, filling out my Rush music collection with all the studio albums and live albums (but skipping the “best of” collections and retrospectives). I had purchased Test for Echo a while back just for the track “Driven”; for Christmas this year, I asked for and received Hold Your Fire and Presto on CD. Over the last few days, I have given all three albums a thorough re-listen.

And I couldn’t believe how awesome these albums are.

At first I wondered, “What the hell was my younger self thinking?” Finally, I concluded that this has to be a simple case of great music that my 18-to-27–year-old self was not yet ready to hear, for whatever reason. I think the band made some quantum leaps in musical style and sound textures during this period, and perhaps I just wasn’t able to keep up.

Now, to be completely honest, none of these three is even close to being my favorite Rush album; none of them likely cracks my top five. But I have revised my opinion of them considerably: these are solid, gorgeous albums, with some great songs. 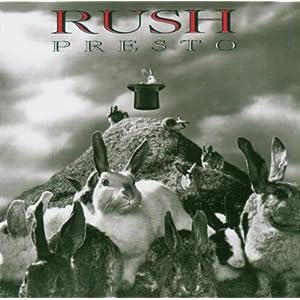 The biggest revelation for me has been Presto. Its first six tracks are a goddamned tour de force. I know I’ve heard the title track, and some of the others, performed live a few times, but it didn’t sink in until I sat down with the album and some headphones just how terrific this record is. In particular, the title track has become one of my all-time favorite Rush songs. Whatever it was I couldn’t hear in it as a young man, it resonates powerfully with me now.

Then I settled in with Test for Echo, and I was bowled over by how hard-hitting it is. It’s rough and meaty, deep and rich, big yet personal. From the title track and “Driven” to “Dog Years” and “Virtuality”, this sounds like an album I should have loved. I can’t begin to explain now why I didn’t.

After these discoveries, I decided to go back and revisit all the tracks I often skip on other Rush albums, and in so doing I found myself inspired to re-rip the complete track lineups for Power Windows, Roll the Bones, Counterparts, and Vapor Trails (which still needs desperately to be remastered, but that’s another rant). I now have every Rush studio track loaded up in iTunes, and I think there is just that much more right in my world this evening.

There are only two Rush discs I have yet to acquire, both live albums: A Show of Hands and the R30 recording. Time to update the ol’ Amazon wish list…