Posts Tagged ‘A Ceremony of Losses’

As visitors to StarTrek.com, a few other fan blogs and discussion boards, and my Facebook page already know, the cover art for my next upcoming novel has finally been released to the public. Now that I’ve let StarTrek.com have its 24-hour exclusive “first look,” I am proud to present here, for your enjoyment and edification, the final cover for Star Trek: The Fall, Book III: A Ceremony of Losses, by Emmy™ and Academy Award™-winning CGI visual effects artist Doug Drexler.

This book is scheduled for publication on October 29, 2013. Look for it wherever new books are sold. 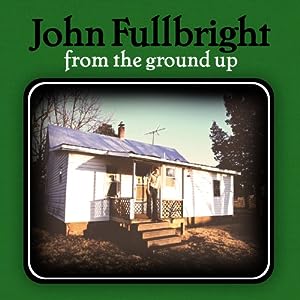 As any professional author knows, before anyone else can get involved in making a manuscript into a book, the writer must first finish the manuscript. Tonight, that is what I have done, for what I think is maybe the 24th or 25th time. (I’ve lost count, to be honest.)

At 9:45PM EDT, I finished the first-draft manuscript of my next Star Trek novel, The Fall, Book III: A Ceremony of Losses. It weighs in at around 89,000 words long and is scheduled for publication in November of 2013.

That’s about all I know for certain about the book at this stage. I’m still too close to it to know if I like it, love it, hate it, or want to set it on fire and bury it alive in the moors. Time will tell (and if it doesn’t, my editors will—of that I have no doubt).

So, for tonight, I shall unwind with a nice snifter of single-malt scotch and maybe a movie. Tomorrow I will embark upon the arduous literary journey known as “the polishing draft.”

Until then, drink up me hearties!

A few weeks ago, Simon & Schuster announced the working titles, authors, and approximate series affiliations of the five novels in its end-of-year Star Trek miniseries event, The Fall. To recap:

2. The Crimson Shadow by Una McCormack focuses on the Star Trek: The Next Generation crew and Garak on Cardassia;

3. A Ceremony of Losses by David Mack (yours truly) will be expounded upon below;

4. The Poisoned Chalice by James Swallow stars the characters of the Star Trek: Titan literary series; and

5. Peaceable Kingdoms by Dayton Ward features the Star Trek: The Next Generation crew.

Last night I received word that my story outline for A Ceremony of Losses has been approved by the licensor, so now I can tease you with a few tidbits of information about it.

It will feature characters from the Star Trek: Deep Space Nine series, including Doctor Julian Bashir on the new-and-improved DS9 station, and Captain Ezri Dax and her crew aboard the U.S.S. Aventine. It will be a combination political-medical-military thriller that will have serious and lasting consequences for some of our continuing principal characters.

And, although this is subject to change, at the moment its opening sentence is, “There was so much blood.”

Chew on that until November, Trek fans.