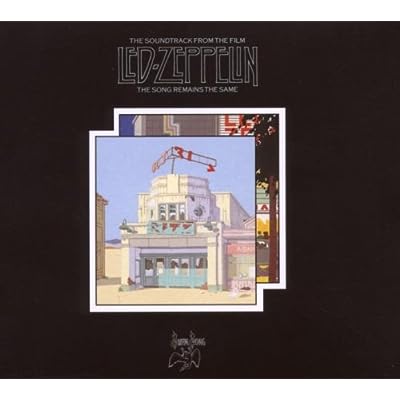 A few days ago, at a friend’s house, I heard a Led Zeppelin live recording of “Over the Hills and Far Away” that I’d never heard before.

Long story short, I discovered that a remastered and expanded version of their landmark live album, The Song Remains the Same, was released in 2007. It contains six previously unreleased tracks and boasts an awesome new mix.

And it came out FIVE YEARS AGO. Dammit, why does no one tell me these things?

Fortunately, my copy of the 2-CD set just arrived, and it’s every bit as awesome as I’d hoped it would be. Excuse me for a while — I have to annoy my neighbors by blasting live Led Zeppelin at maximum volume for a couple of hours….