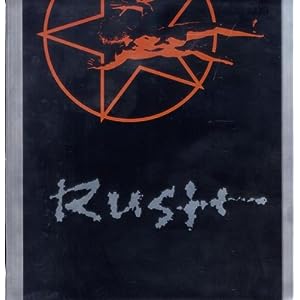 Back in September 2010, after leaving the PNC Bank Arts Center following a Rush concert, my friend Randy shared with me a curious idea he’d been mulling: an album of Rush songs reinterpreted, rearranged, and performed by various female recording artists.

We both were intrigued by this notion, and though we had a few vague ideas about how it might play out, we never really worked out the details.

The idea has stayed with me ever since however, and today I sat down for a few minutes and brainstormed twelve Rush songs — a number of the band’s better-known hits plus a few “deeper” cuts from various albums — and a dozen female artists who I think would bring something new or interesting to them:

Part of what I like about this lineup is that it has artists who represent a broad range of music styles.

The Donnas and Liz Phair have the hard-rock chops to deliver kick-ass guitar-driven tracks; Sheryl Crow, Fiona Apple, Adele, and KT Tunstall all have soulful qualities that I think could evoke some profound pathos from their tracks; Dixie Chicks and Indigo Girls could bring fresh country and indie-rock aesthetics to two classic Rush songs; and pop artists like Shakira, Beyoncé, Katy Perry, and Lady GaGa would challenge perceptions of three well-known Rush hits plus one “deep” track (and help drive sales, no doubt).

What do you think, readers? Great idea? Terrible idea? Would you choose different tracks and/or artists for such an album? If so, which ones?

Upon further reflection, it became clear to me that I had the last two recommendations backward. Listening to Lizzy Hale’s mighty wail, I realized the bonus tracks ought to be:

Yes, much better, I think.